Last Friday was Abraham Lincoln’s birthday. He would have been 207. He still inspires us, today.

Perhaps we should rename Presidents Day to “Underdogs Day.”

Heroes we celebrate today were almost always underestimated for large stretches of their lives. They were underdogs.

This year when people are predicting your failure, remember the underdog. Even the last three US presidents elected were laughable underdogs early in their campaigns.

Smart money would have never bet on Abraham Lincoln early in his career.

For all the reasons we’ve heard about him in history class, Lincoln wasn’t supposed to succeed. Yet he was elected president. 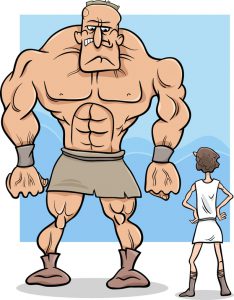 Smart money would have never bet on Abraham Lincoln early in his presidency.

Before he even moved into the White House, seven southern states had seceded from the Union. Even within his own hand-picked Cabinet, he faced strong opposition, including one member who mounted a secret presidential bid to challenge Lincoln in the next election.

Yet Lincoln birthed changes that altered the course of history, not just in the US but around the world. He’s the underdog’s underdog.

That’s because they’re predicting future success based on the external factors they can see (wealth, education, fame, size) and historical data they can point to (background, experience, past wins/losses). They’re making the safe and reasonable bet.

But their analysis doesn’t factor in the Arsenal of the Underdog.

Underdogs bet on themselves.

They’re not reckless. They bet on themselves because they possess the Underdog’s Arsenal, which “smart money” doesn’t understand.

But they draw on their Arsenal to keep them going. You have your own Arsenal, too. Remember that.

Thank you to Abraham Lincoln for being such a public and inspiring underdog.

Thank you to the everyday underdogs who inspire us—friends and neighbors whose failure was predicted yet who still did something great.

We’re naming a holiday for you.