A wise client made a comment to me the other day. It was short and sweet, and it helps you look at yourself in the mirror in a new way.

He said, “It’s hard to fight and win against your competition when you keep fighting yourself.” He was referring to some senior leaders in one of his divisions who had been unknowingly and unintentionally taking each other down and holding their business back from success. 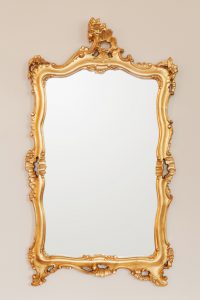 How about a quick look in the mirror?
Championship sports teams, championship brands, and championship companies have at least one thing in common: They’re crystal clear who their competition is.

It’s not a member of their team, the finance department (or sales or engineering), or their fellow EVP.

This doesn’t mean championship team members like each other and always agree. Many times they don’t get along at all off the court or outside the office.

But champions are smart enough to know that it’s pretty hard to win the tournament (or win in the market) if they’re fighting and competing against their own team members.

Simple. But not easy.

Is it time for you to act?
Smart leaders help their team members stay focused on the real foe—the one on the outside. They align their efforts toward a single purpose so they will win. (And if they can’t do it alone, they get help like my client did.)

They lead their teams to focus on the real foe…because the leaders at their toughest competitors are doing same thing.

YOUR competitors are, too.

Which battles are you fighting?
The ones on the inside (with other people, other divisions, within yourself) or the ones in the marketplace?

If your biggest competition is not the one in the marketplace, you got some “splainin” to do. More importantly, you’ve got some leading to do.

Share your ideas with us: How have you (or how will you) refocused your business toward the real competition?