Mel asked me to meet him for a drink at an out-of-the-way dive bar. He wanted to talk away from the office where people wouldn’t overhear us.

After a quick hello, he jumped right into why he wanted to talk. 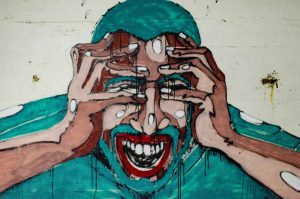 He wasn’t speaking metaphorically.
I could tell from his demeanor, Mel sincerely believed something was wrong with him.

Freeze that frame for a moment.
If someone asked to meet you at a remote location and, 60 seconds into the conversation, he told you he might be losing it . . . .

How would you have responded?

I did not call a doctor.
Luckily, I’ve met a thousand “Mels” over the years, and I was pretty certain he was right on schedule.

You might be Mel, someday. Really.
If you’re a person who often challenges and disrupts the system because you see something much better is possible, you may someday have a “Mel Moment,” too.

He was living out a classic scenario.
Here it is, step-by-step:

Save us!
Mel had an impassioned mandate from the President: take us back to the top!

Mel brought fresh, outsider eyes and years of experience.
He quickly uncovered what was wrong and what good was possible.

Mel enthusiastically started to paint the picture of a much better future.

Heads nodded. People applauded.
Yet, behind closed doors, when people had him alone, they said things like:

But wait a second. YOU recruited ME!
People were initially rah-rah about the transformation Mel would lead.

But when he started to do what he was hired to do, he met everything from denial to active resistance.

No wonder he thought he was losing it.

Was he trapped in an alternate universe?
Nothing was what he thought it was. This could shake any person to the core.

After a few months of being able to make no sense of reality, he reached the only remaining conclusion: “There’s something wrong with ME. I’M the one who’s crazy.”

As predictable as sunrise—for you, too.
The people you’re leading to the promised land that they’ll insist they want to get to will contradict themselves, and here’s why:

People are enthusiastic for the outcome of the change.
Of course! We all want nirvana!

They just don’t want to live through the process of the change.
“Are you kidding? It threatens my reality, my power, my identity. That’s messy and uncomfortable. No thank you!”

If you forget this, you may someday think you’re losing it, too.
However, you don’t have to, and neither did Mel.

Mel bounced back.
He got clear that this wasn’t a personal problem. It was a leadership challenge.

He developed an influencing strategy to help people ACT in congruence with the outcomes they said they wanted.

It took three years and counting, but Acme has reinvented itself internally and in the market.

The moral of the story.
Don’t confuse predictable resistance with your personal sanity, although it’s easy to do.

If you can overcome this first big obstacle, you’ve slain one of your biggest dragons: your own self-doubt.

Believing you might be crazy is a part of the challenger’s journey. But it doesn’t have to be the final stop.

Does this describe you?
Challengers will be gathering to prepare for their next big leap in Mind to Win, October 17-18. Map out the journey you’ll experience the next time you step up to lead people to greater heights. Learn how to overcome the obstacles that stall most people. Connect with other challengers.