Back in 2003 a famous incident occurred in Major League Baseball. The baseball story is just the backdrop. The real story is about power — and how you’d use yours. 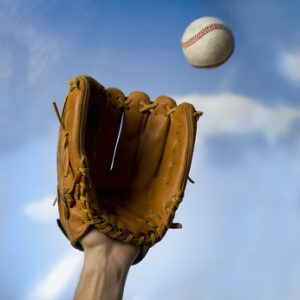 One fateful night.
On October 14, 2003, the Chicago Cubs had to win just one more game to do something they hadn’t done since 1945: win the National League Pennant.

With one out in the 8th inning in a game against the Florida Marlins, the Cubs were winning 3-0.

Just five more outs would secure the historic win. Cubs fans around the world could taste 58 years of redemption.

The anticipation was palpable.
The next batter popped a foul ball into the first row of the stands in left field. As the ball fell into the stands, several fans lurched for the ball to try to collect a historic souvenir.

The fans were looking up at the ball.
They didn’t notice that the Cubs left fielder, Moises Alou, was racing to the ball and leapt to catch it…just as one fan deflected it. No catch. Alou threw his glove to the ground and stomped his feet in anger.

Out of respect, let’s call the fan that touched the ball “Dedicated Cubs Fan.” That’s what he was.

Whether Alou would have caught the ball remains a great debate. But after his missed catch, the Cubs gave up EIGHT runs in that inning and lost the game, 8-3.

They played the Marlins again the next night, still needing to win just one game. They lost again.

The Marlins didn’t win the pennant. The Cubs lost it.
As a lifelong Cubs fan, my heart sank like everyone else’s. But was there another reason the Cubs didn’t win?

True champions don’t complain when they get a bad break. They get back in the game and find a way to win. To me, that was the real loss for the Cubs

Here’s where it gets insane. Power used without thought.
Even though the Cubs had multiple opportunities to win that night and the next day, they didn’t.

Yet, suddenly thousands of loud and angry Cubs fans decided to blame the Dedicated Cub Fan for not winning the pennant because he tipped one ball. He was threatened during the game and pelted with beers even as security eventually escorted him out of the stadium for his safety.

By the next morning, the Dedicated Cubs Fan’s name and home address had been plastered across the internet. Chicago police posted squad cars outside his house as news trucks and angry fans surrounded his home.

Although the Dedicated Cubs Fan issued a heartfelt and sincere apology the next morning, the flames of misdirected anger had already lit up the dry kindling of frustration.

Since 2003, this guy’s name and face have been plastered across the internet. Commentators and fans won’t let it die. Anger gets viewers, after all.

I’m not exaggerating when I say that a tipped ball changed every part of this guy’s life since then.

Cubs Rule!
In 2016, the Chicago Cubs won the pennant AND World Series for the first time in 108 years. Cubs fans around the world bowed at the feet of the World Champions who’d finally answered their prayers.

As the team who performed this epic feat, many people grant them extreme power and authority. At this moment, everything they do and say carries greater weight.

How’d they use their power?
Last week, the Chicago Cubs gave the Dedicated Cubs Fan his own 2016 World Series ring with his name engraved on it. The owners and leaders of the Cubs understood the power they had, and they decided to use it to support a fan who definitely deserved far better than he got.

Quietly, the Dedicated Cubs Fan received the ring and issued a statement through his attorney expressing extreme gratitude — and asking to be left alone.

Let’s hope that this act of power creates a bit more sanity in this guy’s life.

Here’s the bigger question: What would you do?
What if you had extreme power to exercise? What if you had the attention of people who respect you, if your words and actions carried extraordinary weight?

Would you leverage your power to:

Who’s done that for you when you needed it?

You can just as easily use your power to tear people down for lunging for a ball — or some other small thing. That’s your call.

Here’s the secret
You may not have just won the World Series, but you DO have that power, right now.

How are you going to use your power?