You thought you were having a bad day?
What’s your worst day look like? You’re 3 months behind on your most important project with only 1 month until the deadline? You just caused a 3 car pile up and you found out you let your insurance policy lapse by 1 day? 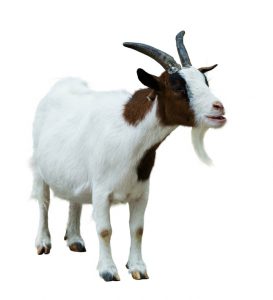 How about this for being cursed?
On Saturday night, the Chicago Cubs were down 3 games to 1 in the World Series, the toughest competitive arena in baseball. From the beginning of the 2016 baseball season, this talented team was favored to win the World Series.

They found themselves one game away from losing all they’d worked for — like so many times before.

Only 6 teams in the 113 year history of the World Series had ever come back to win it all after being down 3 games to 1. It’s been 31 years since the last team did it.

To make things worse, they’d have to win the last two games on the road in front of a packed stadium of screaming Cleveland Indian fans.

Somehow, the Cubs scrapped back to win two straight games and catch up to Cleveland at 3 games to 3.

Last night, in the deciding game of the series the Cubs leapt out to a 5-1 lead.

Cubs fans wanted to start celebrating. But 108 years of history — and the dreaded Curse of the Billy Goat — suggested they’d better keep cheering for their team through the last out.

Then things went south. Cursed!
In a turnaround that took less than 90 seconds, Cleveland rallied back to tie the game at 6-6 in the next-to-last inning. They did this by scoring 3 runs off the Cubs’ ace pitcher who was supposed to be impossible to hit. It must be a curse.

The game was tied and headed into extra innings. The momentum was all Cleveland’s. Hopeless, right?

After being so close to winning it all, Cubs fans were on the verge of once again shouting, “wait until next year!” for the 109th consecutive winter.

It started to rain in Cleveland and the umpires called a rain delay. During that 17-minute delay, the Cubs waited things out in the weight room beneath the stadium.

An unlikely leader stepped forward.
Jason Heyward, the Cubs right fielder who’d only gotten 3 hits in 7 games of the World Series, gathered the team to remind them of how they’d approached the entire season: WE NEVER QUIT!!!

If anyone had the right to feel cursed at that moment, it was this guy. In spite of his recent results at the plate, the mantra the Cubs had shouted all year was deep in his bones, and he became the unexpected voice for it.

When the game resumed, the Cubs immediately scored two runs. Ten minutes later, the Cubs were the 2016 World Champions.

Fans love baseball because it’s like life.
The two teams in the World Series were incredibly talented. Talent was not the winning factor in this World Series, though. It was living the simple motto that had become the Cubs’ ethos. “We never quit.”

Talent is the entry card to get you into YOUR biggest game, whatever that is for you. But talent is abundant in this world, and it guarantees you nothing.

What gets you over the finish line rhymes with “never quit.” It’s called GRIT.

GRIT is a muscle you build.
It’s not bestowed by genetics or privilege. In fact, the best way to build the muscle of GRIT is to get knocked down and get back up. Epic, frequent failure is your ally if you want to build your GRIT muscle.

Here’s the punchline about GRIT: When “We never quit” lives deep in your bones, your motto might as well be “We manufacture good luck!” At least, that’s what it looks like when we watch the performance of people who’ve built up massive GRIT.

Feeling cursed, today?
Growing your GRIT muscle is anything but easy. But even the evil Curse of the Billy Goat can’t stand up to the good luck that GRIT manufactures.

For those inevitable bad days that are headed your team’s way at some unwelcome moment, you can start growing your GRIT today.

May I suggest a mantra? WE NEVER QUIT!

Please make a comment about why the Chicago Cubs are the most awesome baseball team in the history of the world. Go Cubs Go!