March Madness is upon us. Even if you don’t like basketball, you can turn it into your own leadership development self-study program.

Don’t you see a bit of yourself in those courageous athletes? 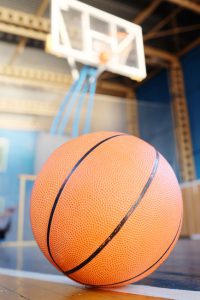 What’s the best predictor of who will win?

The beauty of the Men’s and Women’s NCAA tournaments is that they’re the great equalizers. Who cares what their win-loss record or their National Ranking was up until now?

As of today, anyone can be the champion. And talent is NOT the key differentiator.

We can predict one thing with certainty.

In every match up, game plans will get blown apart, and the competition will not behave as predicted. Refs will make bad calls. The pressure will get to everyone at some moment.

Because of this, Resilience is the key differentiator of who wins.

Resilience is measured by who can repeatedly get thrown off plan or knocked down AND still return to their best game the most quickly and consistently. This is where underdogs thrive.

While everyone else was oohing and ahh-ing over the tallest and fastest, the underdogs have been quietly building their secret weapon: Resilience.

Watch the games through this lens and you’ll see a whole new sport.

With a shortage of Resilience, talent is diminished.

Because of the extreme pressure and stress of these games, every microgram of Resilience matters. Talent is multiplied with Resilience.

No one developed Resilience overnight.

It’s no different for you.

It’s not where you graduated from, where you worked before, or how many letters you have after your name. The key differentiator of your future success is your Resilience.

How quickly do you bounce back after a big, public fail? Do you keep playing hard even when someone else got the promotion? Or what do you do when the budget for your biggest initiative gets cut?

Resilience is your talent multiplier. Are you building those muscles?

Do you want to build your Resilience muscles? This spring, I’ll be offering the Mind to Win online program to help leaders build the muscles to play (and live) at their best, especially when they’re feeling the heat. Click here to receive the updates about Mind to Win.