The secret to winning isn’t a secret. It’s more like an inconvenient truism many people forget or deny.

Here it is, simply put: Everybody fails, but winners fail better. 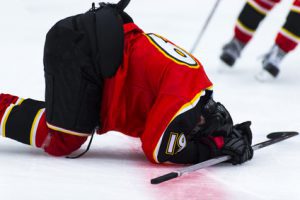 When you stretch yourself to accomplish great things, you’re going to stumble and fall—often. Failure is inevitable. But it’s not failing that keeps you from achieving your goals. HOW you fail determines how fast and how well you achieve what you want.

Winners Who Failed Better Than Their Peers

Serena Williams was just named the Sports Illustrated Sportsperson of the Year—the best of all world-class athletes. But in 2005, the common wisdom was her career was fading. What happened? Despite years of serious injuries and embarrassing losses, Serena persevered and eventually regained her number one ranking and 13 additional Grand Slam titles. Every tennis player fails. She failed better.

Abraham Lincoln is consistently ranked #1 as the greatest of all U.S. Presidents. Yet before he was elected to the Oval Office, he lost two elections for US Senator and one for state legislator. As commander-in-chief during the first years of the Civil War, he suffered historic, devastating failures. Had Abraham Lincoln not been good at failing, would there have been a Gettysburg Address or an Emancipation Proclamation? Would the United States Constitution have a 13th amendment? Every leader eventually fails. He failed better.

Steve Jobs created the highest valued company on the planet and products that forever changed the way we live. Even he had some epic failures that would have taken most people out of the game completely. Every business icon fails. He failed better.

Confessional: Everything I write about is personal, but the idea of failing better really hits home for me. See below for more about that.*

How well do you fail? Your success and satisfaction in 2016 depend on it.

Quiz yourself, right now. What’s your orientation to failure?

The 3 most common choices are:

Nature: You and I are biologically wired to choose #1 or #2.

Nurture: In most circumstances, society teaches us to choose #1 or #2.

Future: True Impact Players who shape their own future train themselves to choose #3.

Shape Your Future: Train Yourself to Fail Better

To help shape your best future, grab your calendar. Before you’re done reading this blog, schedule a 45-minute session with yourself to make 2016 a power year for you and your team. If you want to do this with your team, schedule a separate 75 minutes. Ask yourself the five questions in this downloadable file.

There’s an old saying, “We teach what we need to learn.” This particular post is as much for myself as it is for you. In the last year, I have been building a new business model so I am able help many more people play their biggest game ever and make meaningful contributions in their arena.

I’m stretching big time, so I had some big fails in 2015 and some wins. Those who participated in Impact Player Launchpad, my first new offering, have reported great leaps forward. I will be expanding it in 2016 and adding two more programs for those leaders who are ready to soar. Yet because of some challenging fails, I’ve thought about giving up or paring back as recently as this week! I need my own medicine.

Today we marvel at the success stories of Serena, Abe, and Steve. But in the midst of their own personal journey, not one of them knew if a day would be bring failure or success.

The same is true for you and me. When failure does occur, we just need to keep failing better—that’s what makes triumph especially sweet.

Thank you for being the inspiration for my work. I’m stepping away for a couple of weeks, and I’ll share more in 2016.